We failed at the web

In 2007, there was a video that was pretty successful with several million views: Web 2.0 ... The Machine is Us/ing Us, by Michael Wesch, assistant professor of cultural anthropology in the Kansas State University. This was a pretty inspiring video for the near future of the web. It turns out we collectively failed at keeping the promise. Let me tell you how.

Let's go through the video here, explaining a little more what it's telling us. 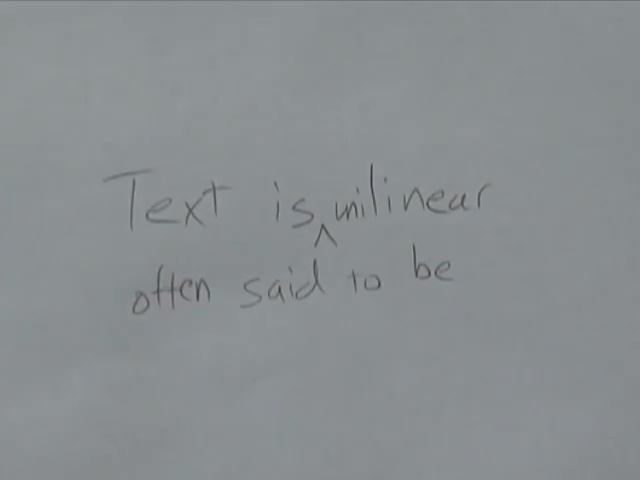 Text is a wonderful support to transmit ideas, but it has a lot of problems when on paper. It is hard to edit, adapt, and improve cleanly.

With computers, text becomes digital and much more flexible. It is easy to edit it, changing and moving it around. More than that, it's now possible to interact with the text using hyperlinks.

Following, a very brief introduction to HTML, showing how the different elements gives structure to the document: paragraphs, lists, etc. Other were added to give more style, with the examples of bold and italics. 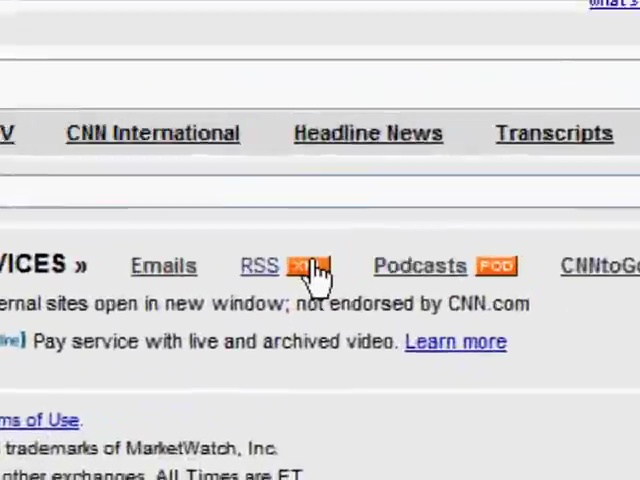 Splitting the information from the presentation (or the content from the appearance), the video shows an RSS link on CNN's website. It's a specific use of the generic XML format. This is a new horizon opening, with a standard way to describe the content of the document. This way, the data can be exported, free of constraints.

This is precisely what NetVibes provided: a customizable homepage where users could gather all the most recent articles from their favourite websites. In the video capture above, we find the same CNN headlines that we previously saw on the CNN website. It has been designed for that!

At the same time, it became really easy to publish. Everyone could create a blog. Many persons did, with an estimated creation rate of two new blogs per second! The majority of blogs were providing RSS feeds, a standard and reusable technology. The personal blog, even though it stayed personal, was compatible. Unlike an isolated island in the ocean, it was easy to connect to and fetch the new articles. 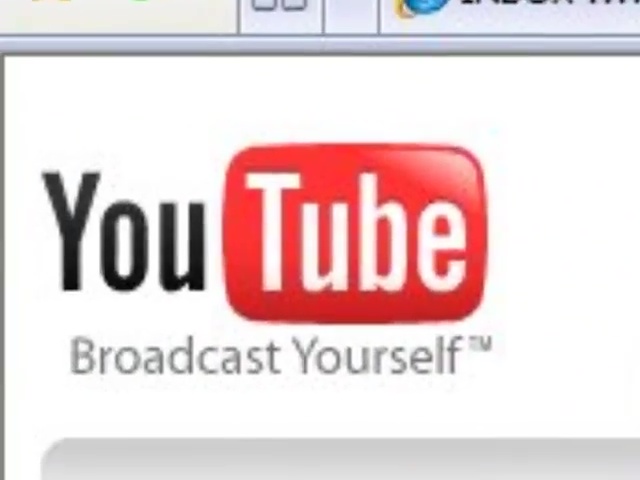 Beyond text, videos grew at an incredible rate. YouTube provided a platform to upload videos easily. Flickr provided the same ease of use for managing images, with the possibility to embed albums in third-party websites. Such as a blog!

We are creating new data at an unprecedented rate. Who will organize it? In other words, what is the context of a piece of data, how relevant is it, does it matter, etc?

The video explains that we are doing it. By bookmarking, sharing, publishing, tagging, we create all the metadata to give context to the data. Collectively, we are the web. We are teaching the machine. The billion of interaction we make with online content shape it's place in the digital world. the machine is us 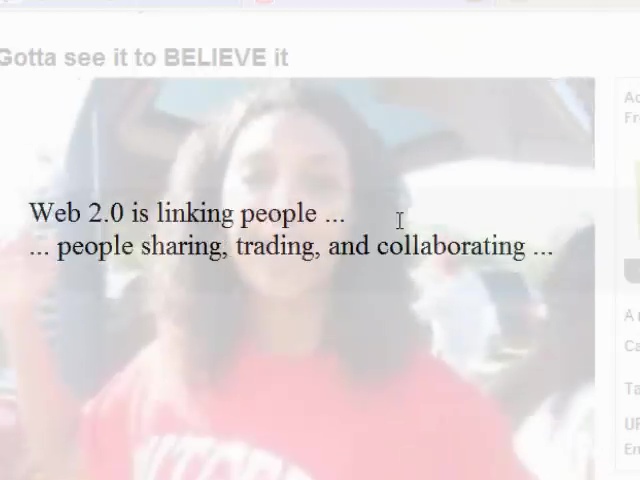 The promise is that the web is linking people, and their ideas. Together, they can collaborate, create, share knowledge. One famous result is Wikipedia.

The web presented is very diverse. It's multiple, it's broad, it's different, but after all, it's compatible and inter-operable. The majority of this has been lost for the public. Let's have a look how we lost compatibility, semantics, and collaboration. How we lost the capabilities of the Web 2.0. 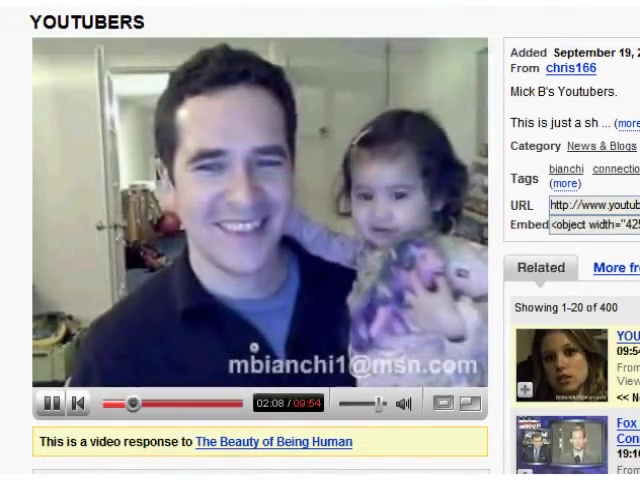 Along these lines, we have lost some semantics. In the early days of YouTube, videos could be linked to another one as a response. They have a direct semantic connection. On social networks, the capabilities for publication are severely limited, preventing a way to give context to the data. 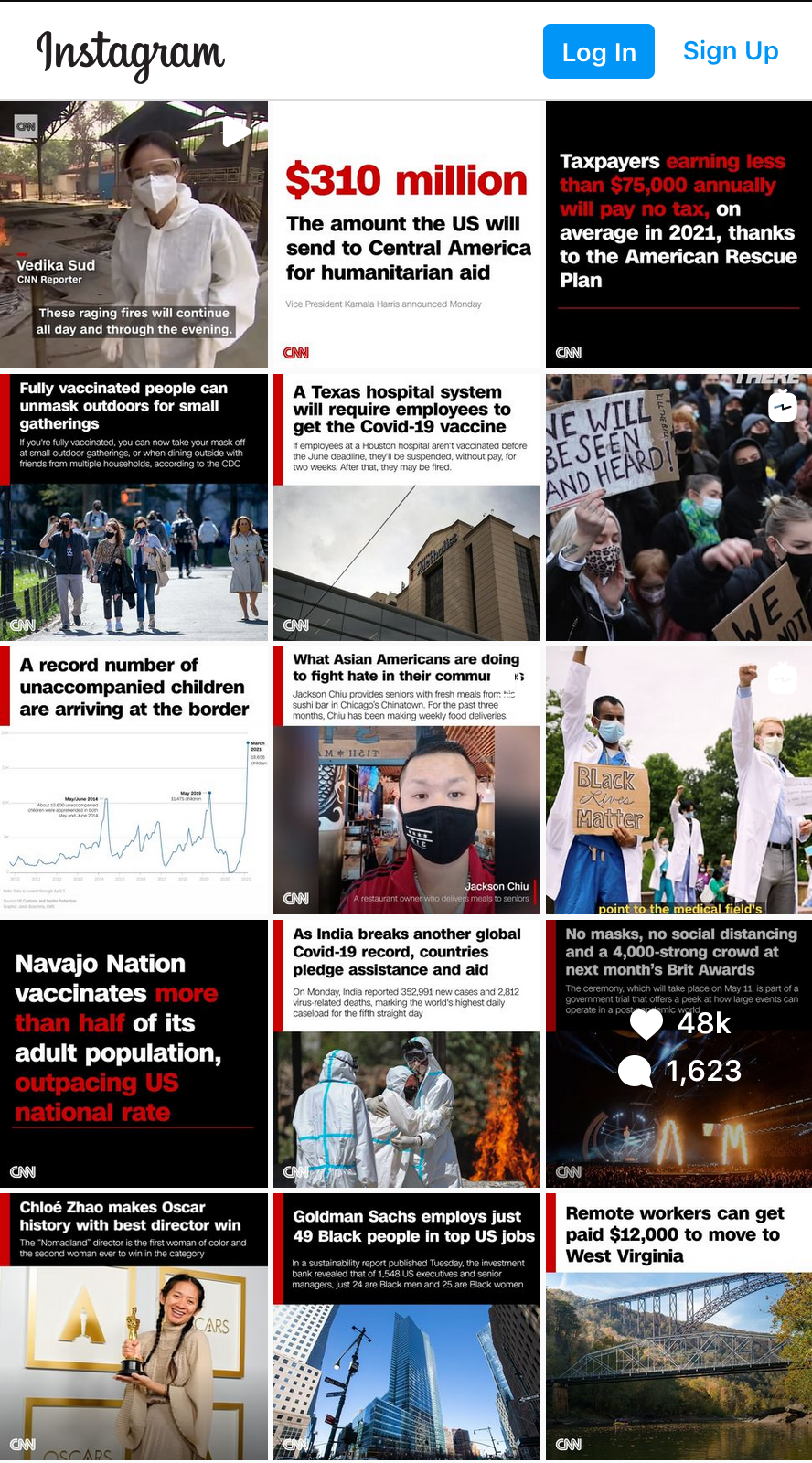 On modern platforms, most of the time, there is no formatting possible to give it style, it is impossible to choose how the images are presented, links cannot have a custom text. The only way to work around this? Upload an image containing your message, even though it's text. The accessibility becomes worse, the bandwidth required increases, the storage space required explodes. And you are still limited by the way the images are compressed, resized, truncated, and shown.

There was, there is, and they always will be a population of netizens refusing this. The Web 2.0 is obsolete, but still usable. It's not necessarily for profit, it's for being usable. There are ways to make social networks interoperable and compatible. If one refuses the big asocial platforms centralizing content, it's possible to have a comfortable digital life, with little additional work upfront.

However, I doubt it will be any widespread. It could have been, but it died. NetVibes is dead, Google Reader too, iGoogle too, Del.icio.us too: basically all private actors stopped providing services around the Web 2.0.

This website has no kind of social interactions, no trackers, and no ads. Yet, you can read it, subscribe to its syndication (RSS) feed, share its address on any media you want. But this website and some others are exceptions.

We failed at the web.